All countries with a maritime area, regardless of its size, have a naval air force. This generally includes aircraft on aircraft carriers, land-based maritime patrol aircraft and even seaplanes. After the Second World War, the maritime powers sought to rebuild their naval aviation in order to be able to intervene on all seas and protect their national interests. Initially, due to a lack of resources, the United States and Great Britain provided most of the aircraft carriers and embarked aircraft, before some countries, such as France, developed their own ships and aircraft, particularly jet-powered. This book of more than 200 pages, which contains several hundred profiles and photographs, reviews, both alphabetically and chronologically, the naval aviation of each country that has one, whether it is small, as in the case of Argentina or New Zealand, or, on the contrary, impressive, as in the case of the US Navy. All aircraft on board aircraft carriers, with conventional or vertical take-off, are reviewed, from fighters to anti-submarine warfare aircraft, including multi-engine air surveillance aircraft, thus giving an exhaustive and colourful overview of this original and rarely discussed subject. 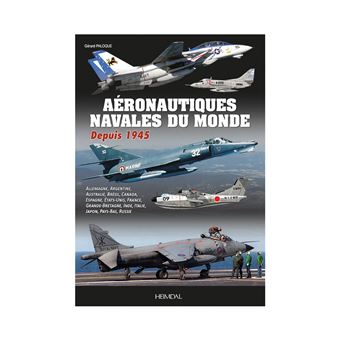