Add favorite
New
Reference : CMCM-210
Year : 1966
AVAILABLE !
Model car details:
Description of the original vehicle:1966 saw Ferrari launch the 275 GTB/C on a completely new chassis that Mauro Foghieri had designed for a dual-purpose race car. Designated as Tipo 590A, it was lighter and stronger than the standard 275 chassis. A total of twelve 275 GTB/C Scaglietti Berlinetta Competizione cars were built by Ferrari’s racing department at Maranello, each being outfitted with a relatively voluptuous body that was characteristic of the designs by Pinifarina during that period of time.To allow clearance for racing tires (7” x 15” in the front and 7.5” x 15” in the rear), the wheel arches are flared to make the body of the GTB/C wider than a regular production GTB, especially in the rear, where fenders widen out behind the doors. The aluminum body is also covered by a 0.028-inch (21 gauge) skin only half as thick as that on a normal-bodied GTB.Eight of the twelve GTB/Cs feature a left-hand-drive, and two, chassis 9067 and 9085, are equipped with alloy-cast wheels and Pirelli tires as our M-210 is. To integrate the transmission with the rear axle in the 275 GTB/C, Ferrari adopted the transaxle with needle bearings for the first time. There is no cooling fan; natural air-intake, together with a water radiator mounted behind a massive oil radiator, serves to keep everything cool even under endurance race conditions. A dry sump oiling system enables the engine to sit lower and further forward to improve weight distribution. Power comes from a Tipo 213 Competition V-12 engine with a displacement of 3,286 cc and 3 Weber 40 DF13 carburetors. It yields 280 horsepower at 7,700 RPM, and many engine parts are cast in electron, an alloy of magnesium, for weight reduction.Last but not the least, the interior of the 275 GTB/C is built with rear mounts, whereas its rear section is reinforced by fiberglass to prevent it from flexing under impact. With an impressive race record over the decades, the 275 GTB/C is going to be remembered and honored as one of Ferrari’s last true dual-purpose race cars. For many Ferrari enthusiasts, the 275 GTB/C has the same features that have made the GTO a much-sought-after prize possession.
1/18°
Opening
parts
Voir les caractéristiques techniques 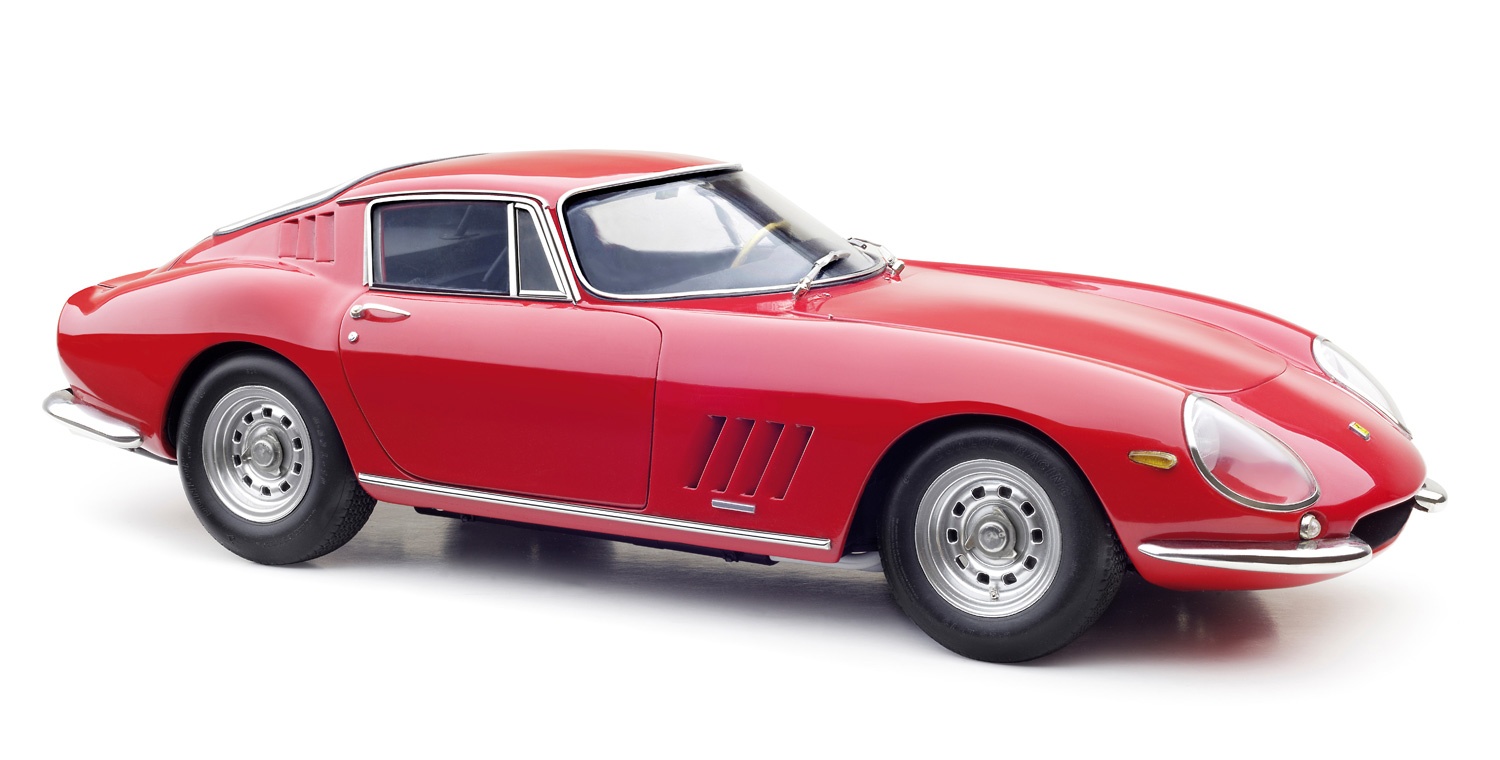 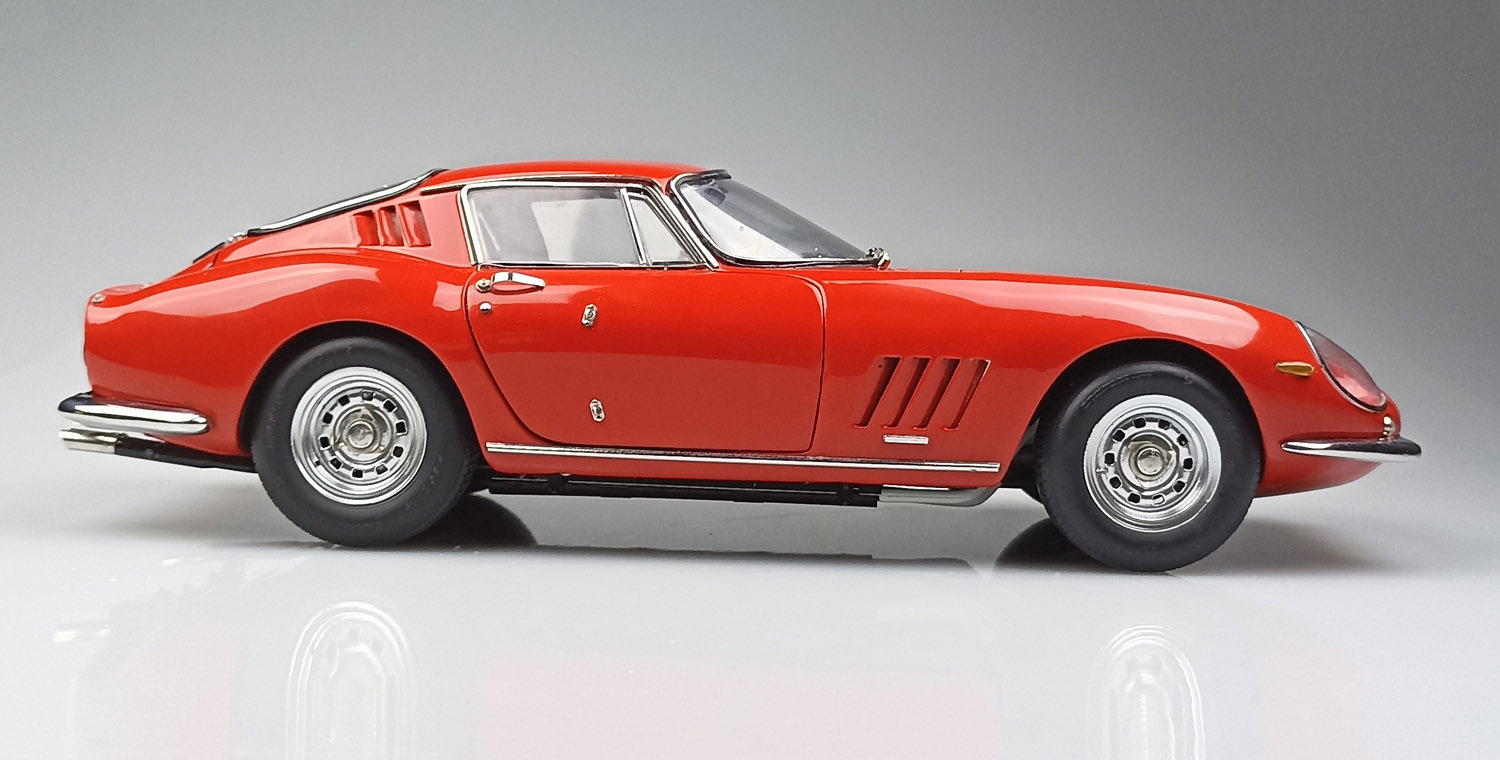 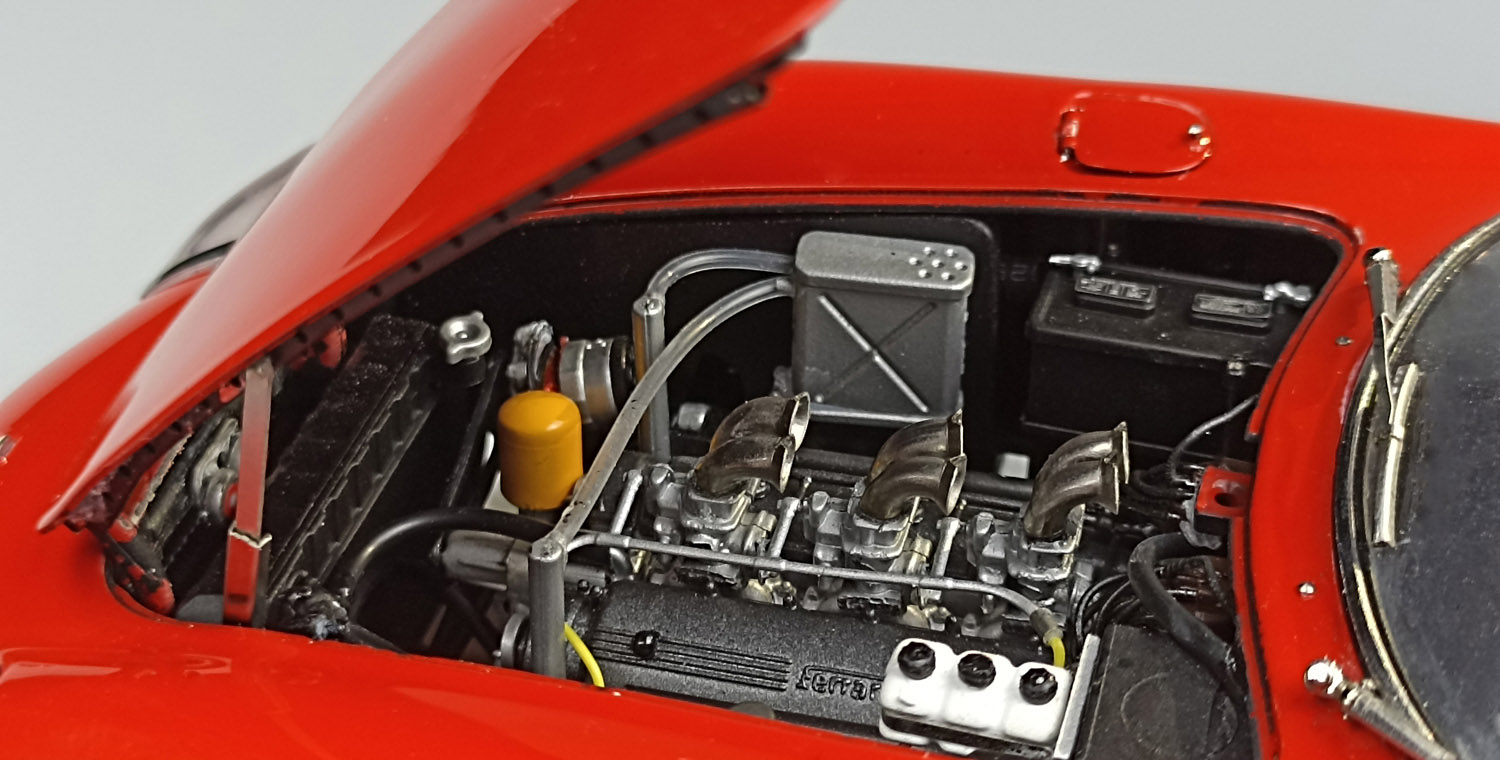 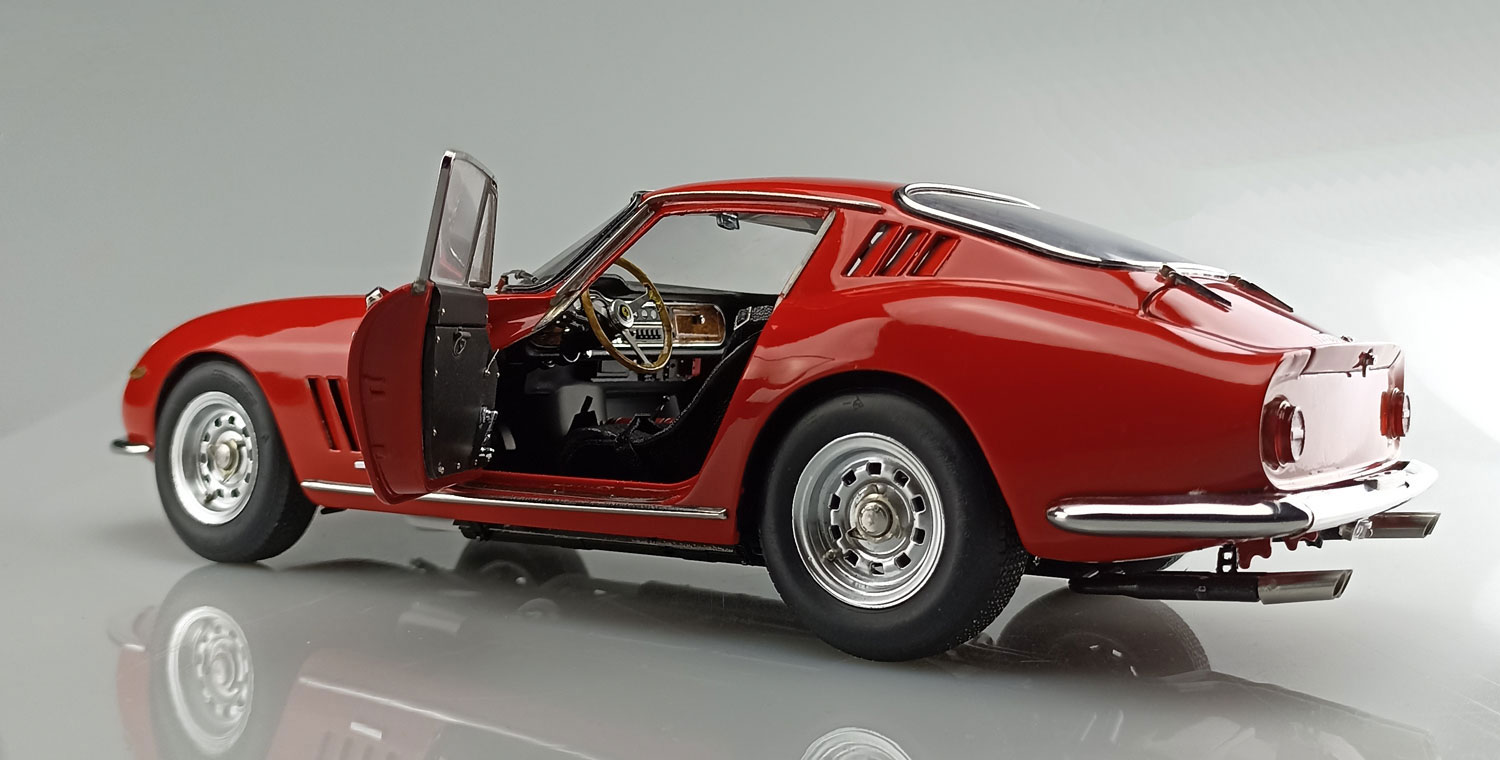